Its been a while since I last posted and in between that time I've done many a thing including another English Camp, this time in the Surat Thani provence down south. We stayed in authentic Thai accomdation where showering involved a bowl and some very cold water from the tap. It was simple, soap yourself up, fill the bowl from the tap and chuck it over your head a few times. Since my last post Christmas has also come and gone, I had a brilliant time celebrating with my best friends, although it was very different to how we celebrate in the west it was still great. We hit Coffee Bar on Xmas Eve and then headed to Bangkok Christmas Day staying at one their friends apartment (Boss) who I'd not met before. I was surprised actually because Thailand is a heavily Buddhist country but there were still many decorations around and in the malls certain places had classic Christmas songs playing which was a nice touch; they seem to really love this holiday. The highlight of Christmas for me was when Fai gave me a present on Christmas Eve, I wasn't really expecting anything but what she had made was a diary documenting some of our experiences and her thoughts, I was so overwhelmed by it it made me well up considerably, it was surely one of the best things I had ever received. She speaks pretty good English but to write it down is much more challenging so I know this would have taken her a long time to make, she had also decorated it with pictures and doodles. A lot of thought went into this and I will treasure it for life. The diary was presented to me with some homemade cup cakes with candles, it was perfect. 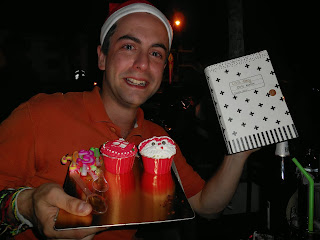 After having a wonderful Christmas it was time to start thinking about NYE. I originally had a few ideas but decided it would be good to stay in Ayutthaya, a place I had grown so much to love. I ended up spending my night at Streetlamp, they had so kindly requested the pleasure of my company and wanted me to be the announcer for the night, welcoming everybody, introducing the bands etc (and of course to sing as well), they also tasked me with the biggest and coolest job of all; the countdown! In exchange for this they offered free food and free alcohol all night.. sorted! The night was incredible the place was packed out, the stage was set up outside on the street and looked really smart, it was one of the best NYE nights I've ever had. When the countdown was up, it was HAPPY NEW YEAR and the everyone went mad, I gave a short very drunken speech on the mic whilst everyone was out of their chairs and started dancing all over the street, we were setting of fireworks and sky laterns it was superb. 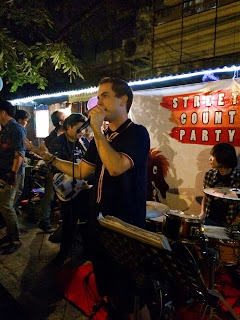 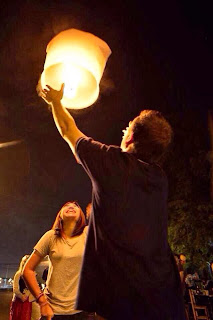 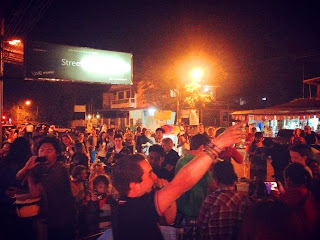 So here we are into 2014; now for a little time of reflection. 2013 was surely one of the most defining years of my life. It was the year I decided to take on a life of travel and adventure for which I can positively say there have been no regrets. 2014 will see me continue my story, meeting new people, visiting new places and having new experiences I never once believed possible. Since being in Thailand I have learnt a great deal about myself and even more that I'm not aware of. I've been able to see and understand more about the country by getting a job allowing me to heavily submerse myself in Thai culture. I am very lucky as the job I've been doing is also something for which I have great passion for, working with children. I have also been able to learn a lot of the language and only plan on learning more, I have no doubt that one day I will live in this country; I really have fallen in love with it!

I have just one month left in Thailand before I move on to Cambodia for where I will stay roughly a month. From there I'm undecided, I originally planned to go to Vietnam and Laos but I'm thinking to cut out Vietnam this time as it would be very rushed. I have to return to the UK mid April sometime to sort out my Visa for the states as I'm returning to work a second year at Camp Awosting (some readers here will not know but prior to coming to Thailand I worked on a US Summer Camp for 3 months teaching guitar)

I have another English Camp (my final camp) coming up on the 5th which runs until the 17th so this is much much longer than anything previous; it will be in the provence of Surin. I arrive back to my apartment on the 17th when on the 18th I will be eagerly exited to see my friend Barnsey who will be turning up to Ayutthaya. He would have arrived in Bangkok the day before. The tentative plan is to first head back up north visiting some of the places I have already been so I can show him. I am looking forward to this as even though I've already been to these places I'm sure to see new things. After we see the north we will be hitting the Islands down south, a territory that will be completely new to me. It's gonna be sweet!

HAPPY NEW YEAR everyone, lets make it one where we all work together to make this world a better place for all! x