The day had arrived that Fai and I were to head to Kanchanaburi, she had booked us a room at the Monsane Resort and it was perfect. Before we checked in we first went to see the "Bridge over the River Kwai' (pronounced Kwair) the number one reason most people visit the provence. For those that don't know the bridge/railway also known as "Death Railway" was built during WW2 under the power of the Japanese, over 100,000 people lost their lives in the building of it due to the very extreme forced working conditions that the people had to face. Upon arrival it was strange to think that such a beautiful location and setting was once the home to such horror. 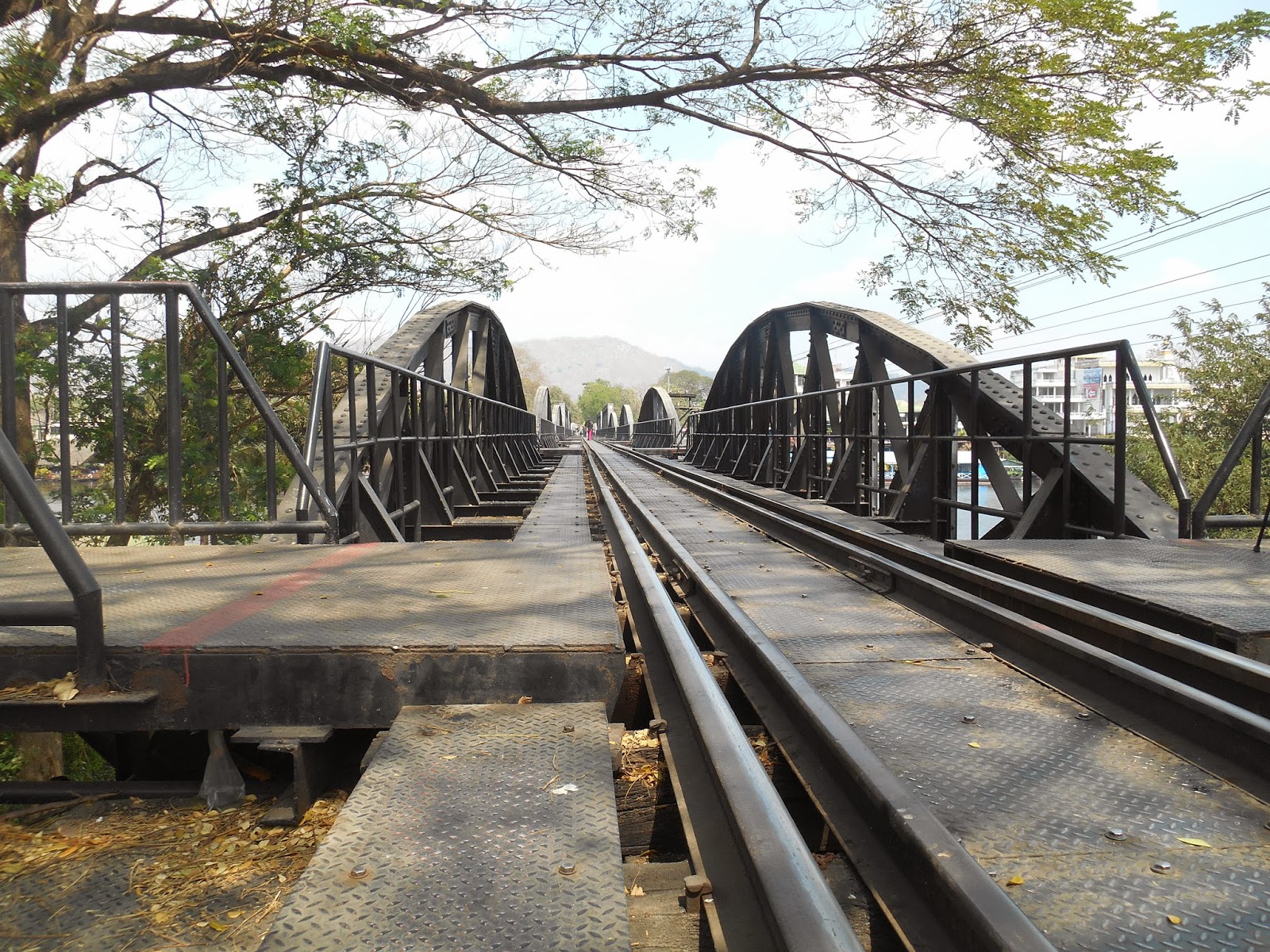 After seeing the bridge we headed for the resort to check in, shortly after we headed for Soiyak Noi waterfall which was beautiful, there were a lot of farang there splashing around but it was still a great little spot. We then headed to the the Soiyak National Park where we blagged local pricing to enter (Thailand is notorious for having one price for Thai and a much higher price for farang) The park was beautiful and we were basically the only ones in the whole place. Day two we decided to head to the Safari Park we had seen signposted, now I'd been to a Safari Park before but when I was much younger and don't really remember it much but this was awesome. We saw many an animal from gazelles to bears, lions, tigers and zebras but my favourite had to be the giraffes which came over to the bus sticking their long necks in to munch on the food we had for them; it was was quality. After the safari ride we went to see the elephant and crocodile show that was included. For the elephant show I was the only farang there so by default I was not able to refuse when I was summoned up to have a full size elephant stamp on my nuts. Seriously, I had to lie underneath while the monster of a thing gave numerous stamps over my private region, it was obviously trained to do it softly but even so its pretty dam scary. The crocodile show was pretty dam scary too, we watched as two guys narrowly avoided potentially fatal chomps by the powerful creatures, sticking their arms and heads between the massive jaws. In the evening we rented a kayak from the resort and headed out onto the river, it was Fai's first time in such a thing and when I wasn't purposely rocking it she enjoyed it, and of course so did I. 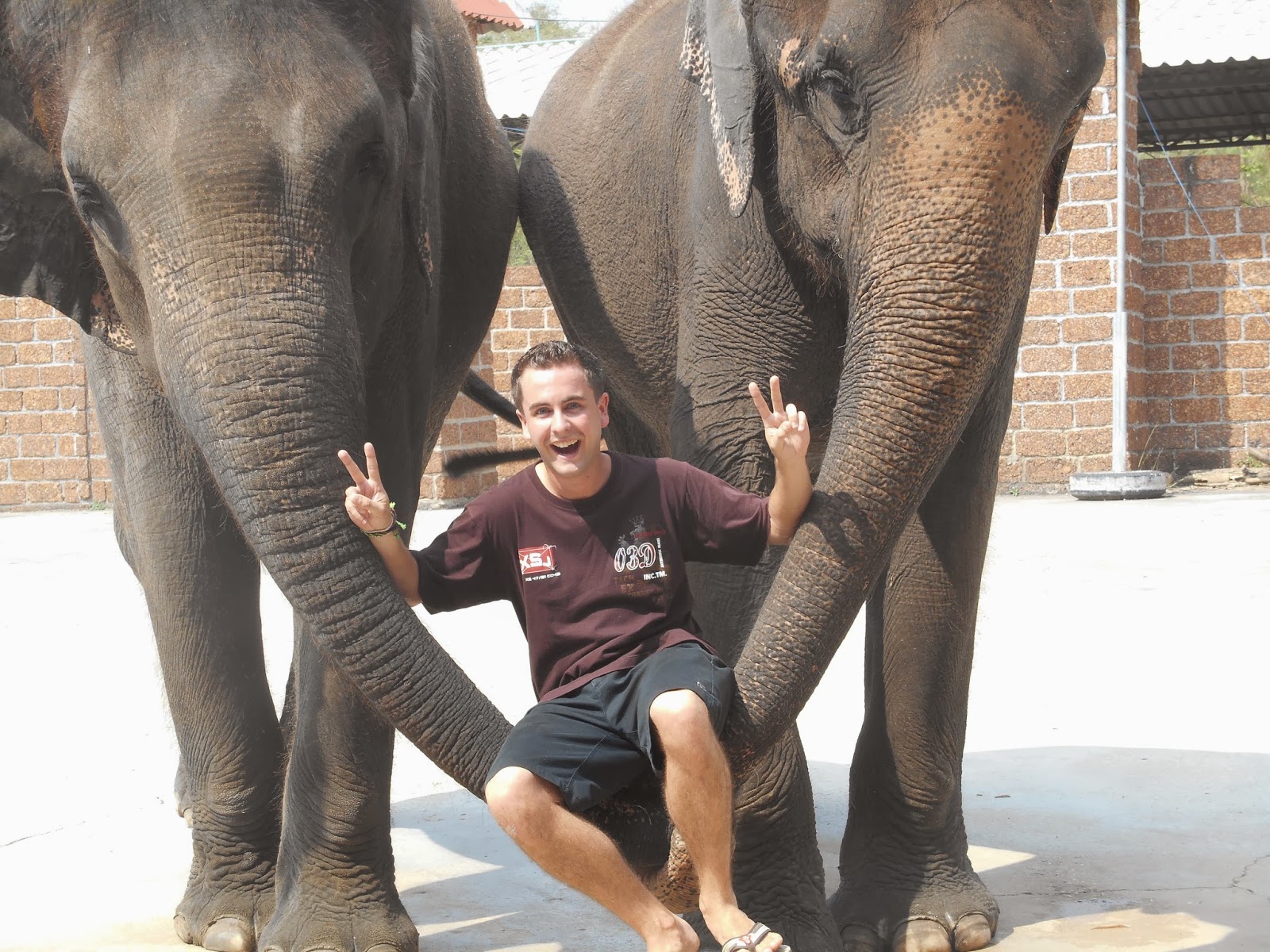 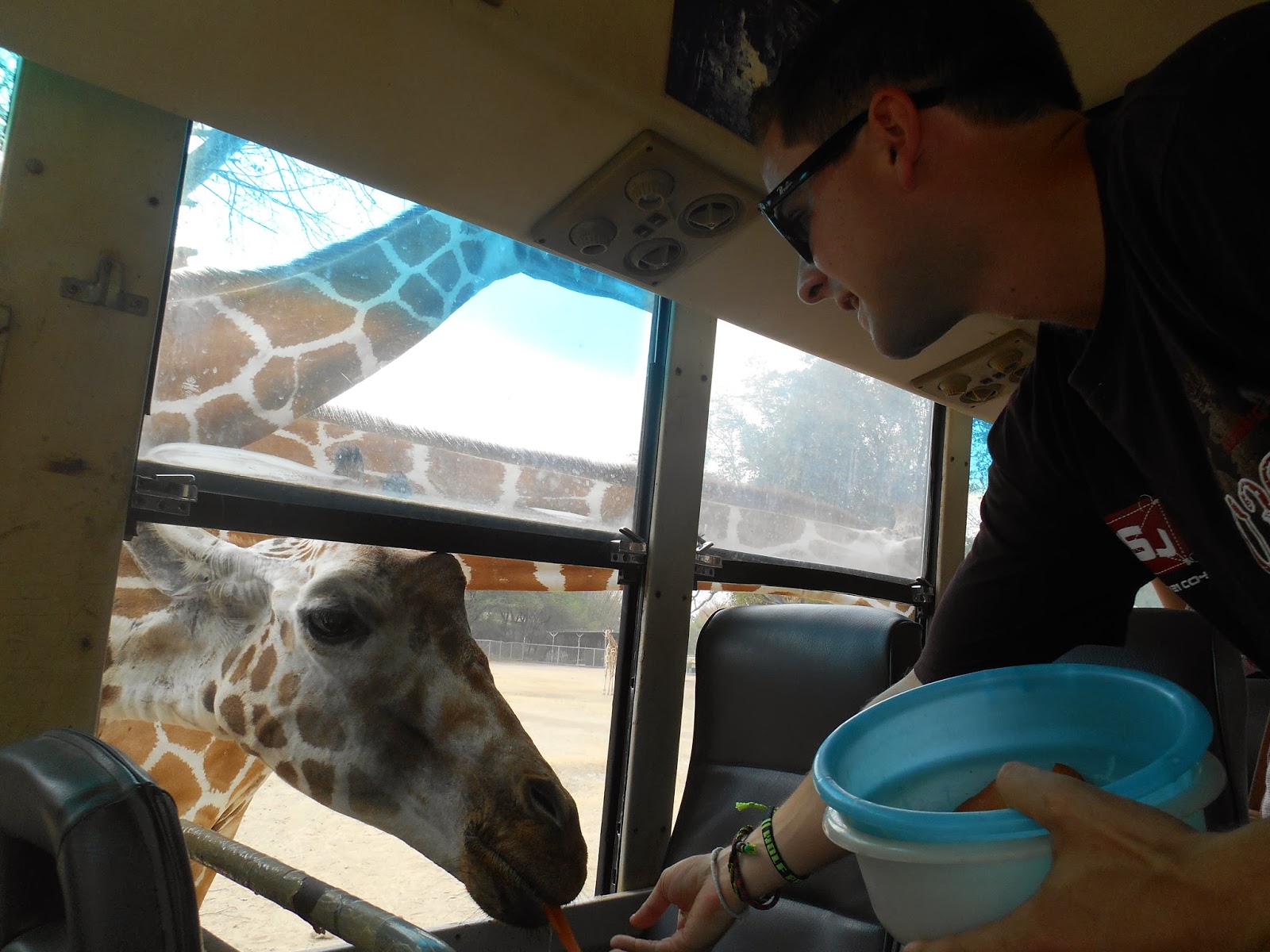 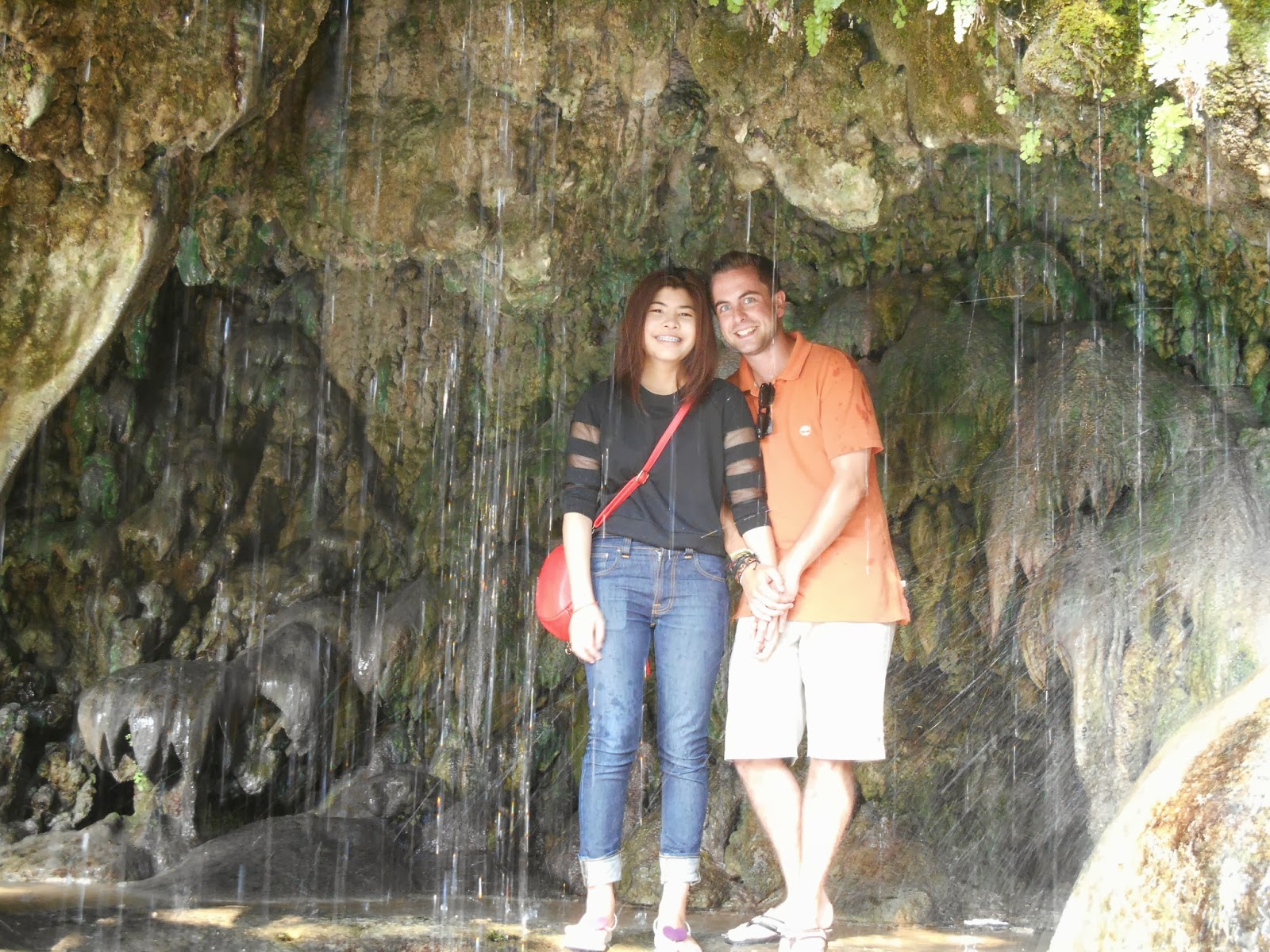 We had only booked two nights in Kanchanaburi so checked out the next day but instead of going straight back to Ayutthaya we decided to head to "Erawan National Park" to check out another natural wonder of thailand. With my foot being almost healed I manned up and we climbed the full 1.5KM to the 7th tier. I was boiling hot to say the least and by the time we got to the top I was absolutely covered in sweat so I stripped down to my boxers to get in and cool off, I just had to watch out for the fish that every now and then would charge in and nip me. Having cooled down it was time to head back down to the bottom to head to the dam. When we got there we discovered a Valantines festival being held where we had a drink and I won us two toys but shooting them off the shelf. It was then time to head home. 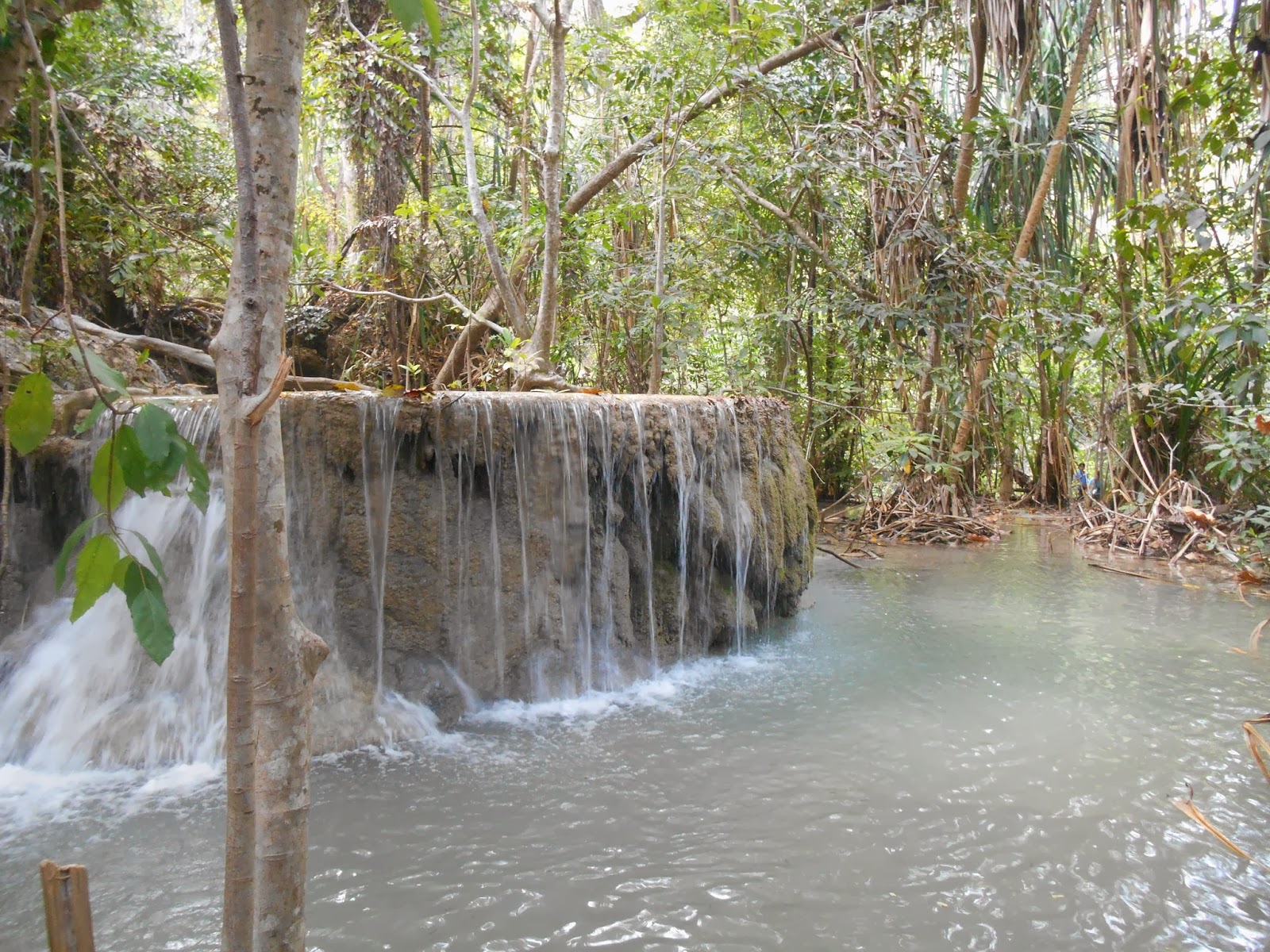 I have decided to stay a further week in Ayutthaya before I head to Cambodia, I have moved rooms in the guesthouse as I just could not cope with the noise the dogs in the house next door, there are over a dozen of them and every night and very early every morning it sounds like they are murdering each other or worse, the room I'm in now is much better although the mattress needed replacing several years ago so its not great for my back but hey ho.

Yesterday Fai went to the market to buy me some fish to release into the river by the temple. As it was my birthday just gone, releasing fish is done for good luck and it was quite special, oddly though it was more expensive to buy the fish live from the market than it was to buy them and have them killed there.

For anyone that is in or is going to Thailand I strongly recommend you check out Kanchanaburi, ideally you will need to rent a car as a lot of the attractions are a significant distance apart but of course you could also go on an organized tour. It truly is a magnificent provence.