After cutting our holiday in Pranburi a little short due to our logistical issues we touched base in Ayutthaya for a couple of days before heading to Koh Larn, an island of the coast of Pattaya. My time is Thailand was coming to an end and this would be mine and Fai's final holiday together (until I return) 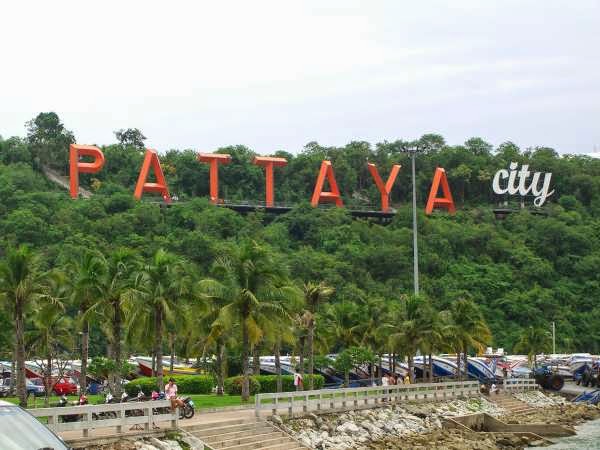 We headed off mid morning and arrived in Pattaya a few hours later, we parked up in the pier carpark and took the boat to Koh Larn. It was only around 40 mins on the boat and was an easy ride but for the little brat who would not leave Fai alone. To start with he seemed like a ordinary cute three year old but indeed he turned out to be a right little so and so. So here we were on Koh Larn, our first objective was to find some accommodation, we hadn't pre booked anything but had looked on the internet at the "Sea Beach Guesthouse" so went to check that place out. They told us they had a room available that evening but were fully booked for Saturday and Sunday, we took it for the Friday night and figured we would have a scout around to find something else. We rented a motobike from the guesthouse where they didn't even ask for a passport (first time I have even seen that) we hadnt even signed a book upon check in so basically they knew nothing about us and just handed us over the keys, it was kinda nice to be so trusted, I mean it would be impossible to steal the bike being on a small island but its possible we could have damaged it (don't worry we didn't). Our search was now on for different accommodation but it proved somewhat difficult. The island is only a few square Km's and there isnt that many places to stay, the first three or four places we looked at were full and it was starting to get dark so we figured we would try again in the morning after checking out of Sea Beach.

In the evening whilst looking for somewhere to eat we realized the island was very quiet, there was a pretty good night market selling all forms of seafood but the restaurants themselves where all basically empty. I'm not a huge fan of seafood and fancied something other than that, Fai though fancied some squid so we got some cooked up and took it to a bar where I was able to get some pat ga pow delivered by one of the locals. We had a cool night at the bar even though there was almost no one there; I got up and sung a song and taught a few of the locals some English. The following morning we still couldn't find any accommodation so decided we would take the boat back to Pattaya at 5PM giving us the whole day on the island still to go to the beach and go snorkeling. We left our bags with the place we stayed the night before and all was fine, we still had the motobike so off we went on a tour around the island in search of a nice beach to go snorkeling and that we did, I got to see some exotic fish and a mine field of sea urchins. 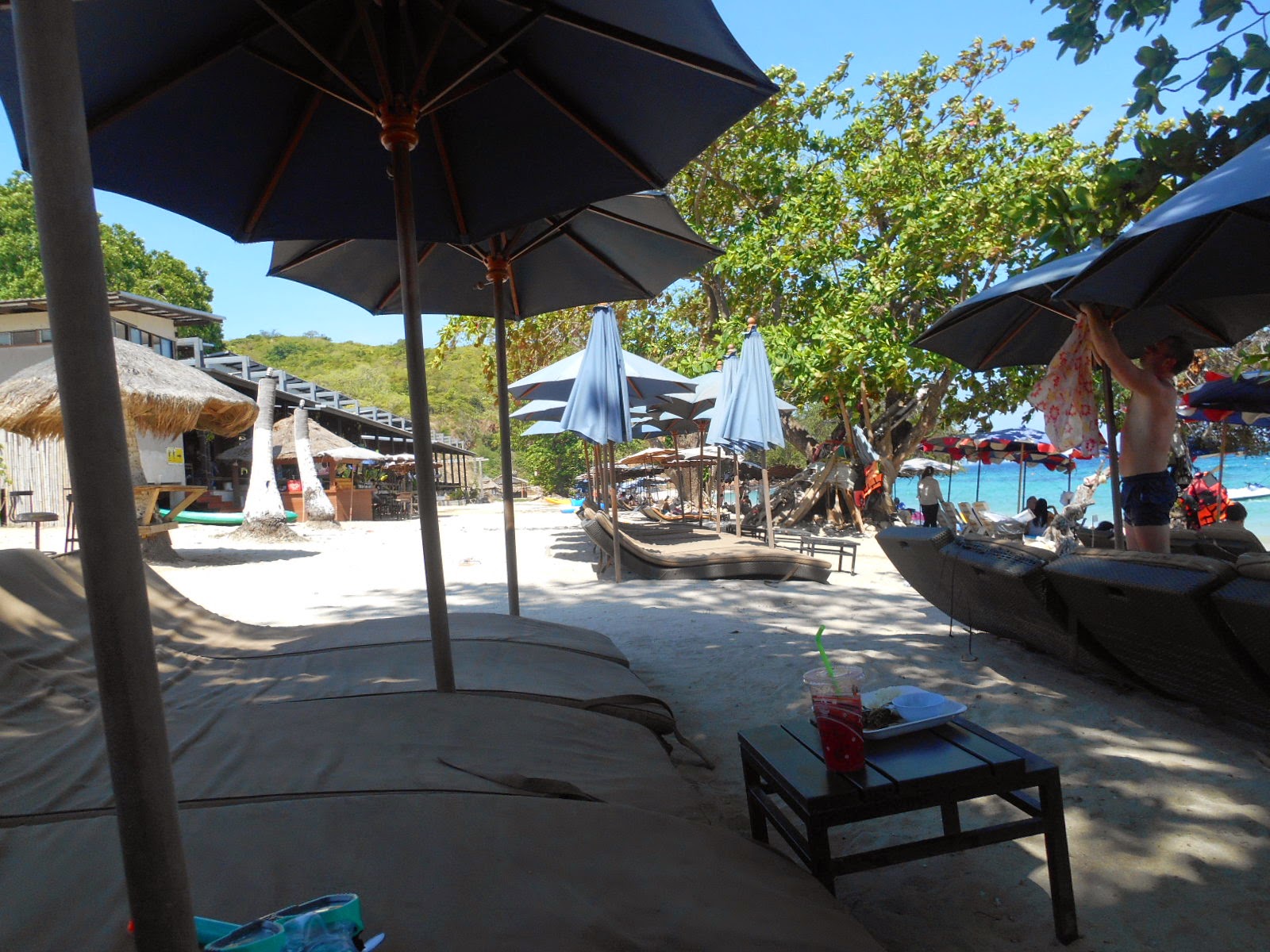 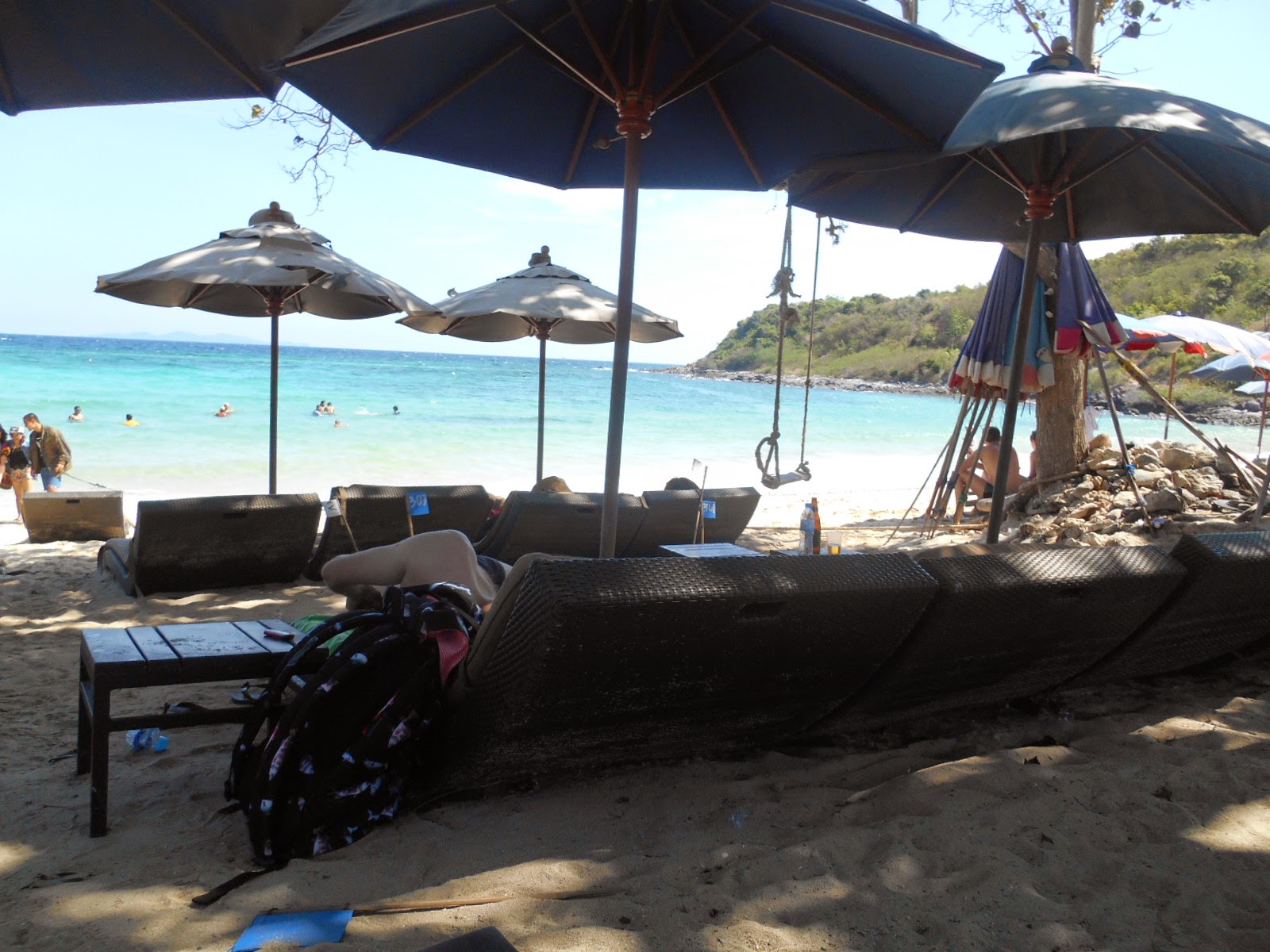 That evening we took the boat back to the mainland and found a hotel where we booked two nights. The last time I was in Pattaya I didn't have a particularly good time due to the traffic "fines" I had to pay to the police but I had forgotten about all that really and it was superb this time round. We hit the "walking street" and I even took Fai to a ping pong show, I myself had not actually seen one and as a backpacker in Thailand I'm pretty sure it has to be done, Fai was also a little curious about it too so in we went. I wont really describe it but it was very very strange, but also pretty funny to watch at the same time, Fai was in utter shock from the very begining and to be honest I kinda was too. Do we regret going in, not really but we know that we certainly dont need to see that ever again. Along with ping pong Fai and I also hit some of the go go bars of which she has never been, Fai is a very conservative devout Buddhist and to see naked Thai girls walking around dancing and acting highly provocatively was somewhat of a shock for her but after that wore off we had a really good time in there. On the walking street there is also "Ice Bar" here it is possible to go from an outside temperature in the high 30's to negative 15 degrees in a matter of seconds to indulge in some shots, they offer you a coat to wear before you go in but of course I declined went in and even took my t-shirt off, as you do. It was freeeezing! 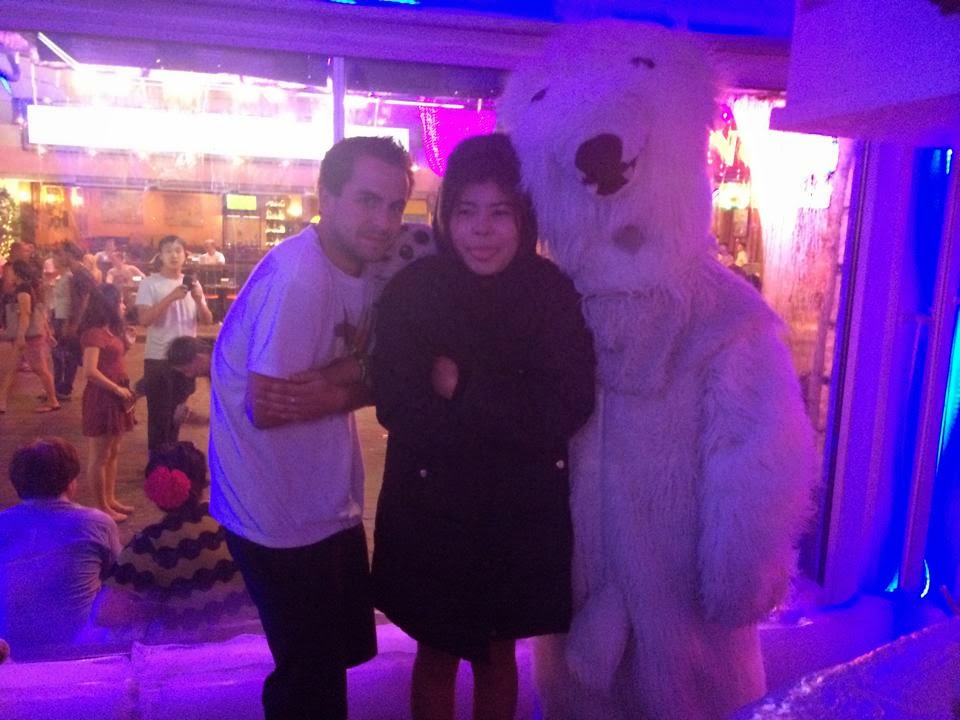 Upon surfacing the next day and after a Subway we headed off to the "Pattaya Underwater World" we had always talked of going to the one in Bangkok but never actually got round to it, it was quite ironic that the first ever outing we talked about doing turned out to be our last (until I return again to Thailand) we manged to catch the feeding times and saw all sorts of monstrous magnificent aquatic life, what a day it was! The evening saw us hit the walking street again for round two of alcoholic antics and before we knew it, it was the next day, check out time and time to head back to Ayutthaya. I now only had one full day left in Thailand before heading home to England.
Posted by Chris Martin at 04:56